A group of 14 of us gathered in the car park of the American Museum on a sunny, mild morning, and were joined by the Head Gardener, Andrew Cannell and Matt Postles from the Natural History Consortium, who told us about the purpose of the international ‘City Nature Challenge’ to which our records for the day would contribute. By the time we gathered, Richard Pooley had already identified nine moths from his trap set up overnight in the grounds – a small catch due to the cool overnight conditions but including the infrequent Pale Pinion (Lithophane hepatica) and attractive Red-green Carpet (Chloroclysta siterata).

Most of us then went on during the morning to record in monad ST 7864, which includes the grounds in front of the Museum and the beautiful ancient woodland of Hengrove Wood. On the bank in front of the Museum, we were immediately attracted to several spikes of Common Twayblade Orchid (Neottia ovata) already in flower. The woodland floor was awash with bluebells and we quickly compiled good lists of woodland birds, vascular plants, lichens, fungi and bryophytes. Amongst the latter, we were especially pleased to find Rustwort (Nowellia curvifolia), a mostly western species of liverwort, which had formed a soft orange covering over the surface of a decaying log. 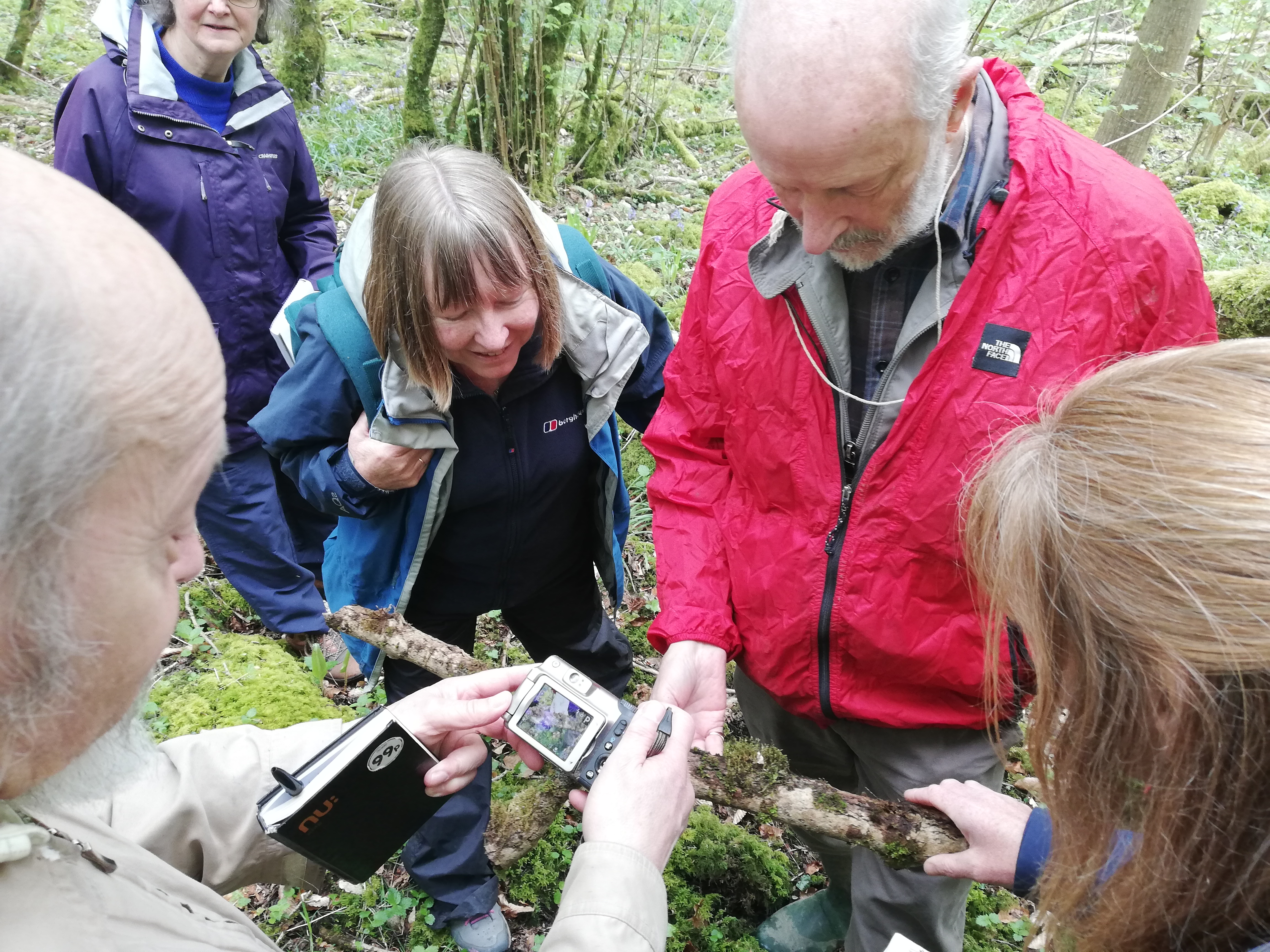 After lunch, as several rain showers began to make their presence felt, a small group of us made our way down through Conygre Wood, at the bottom of which we admired an especially large and handsome specimen of Hornbeam (Carpinus betulus). Emerging into the adjacent grassland and garden area, as on our previous visit, we came across a tufa-lined spring, where we we found the first of many well-established gatherings of Maidenhair Fern (Adiantum capillus-veneris) as well as the beautiful Curled Hook-moss (Palustriella commutata). A quick visit to the ancient orchard enabled us to add two infrequent mosses to our list for the day: Dwarf Neckera (Neckera pumila) and Flat-brocade Moss (Platygerium repens). 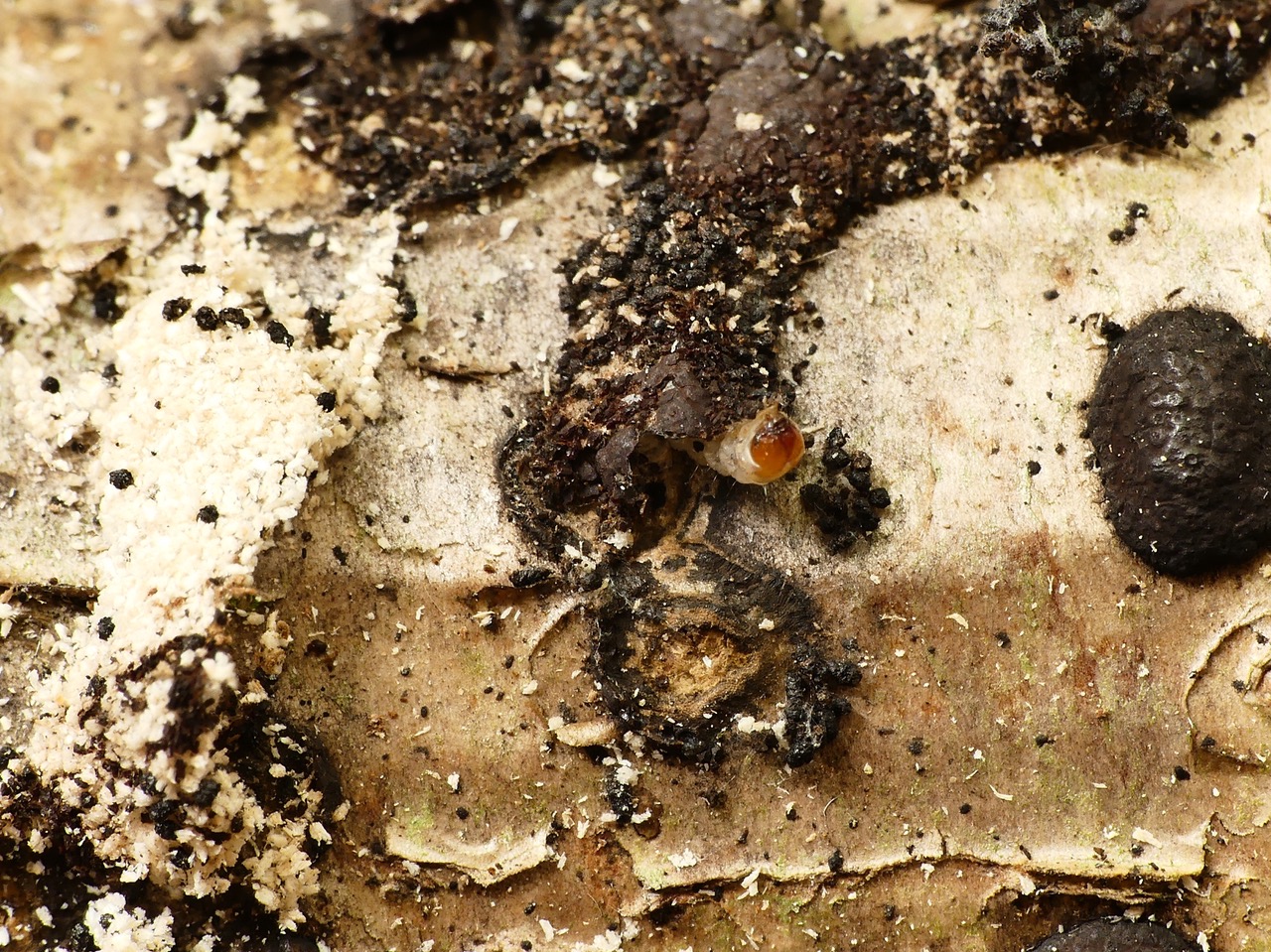 Meanwhile, the entomologists amongst us had been busy recording a variety of micromoths and other insects. Andy and Jane Daw were especially pleased to come across a Water Cricket (Velia capris) and Mike Bailey and Paul Wilkins’s finds included larvae of the Barred White Clothes Moth (Nemapogon clematella) feeding on fruit bodies of Hazel Woodwart fungus (Hypoxylon fuscum). 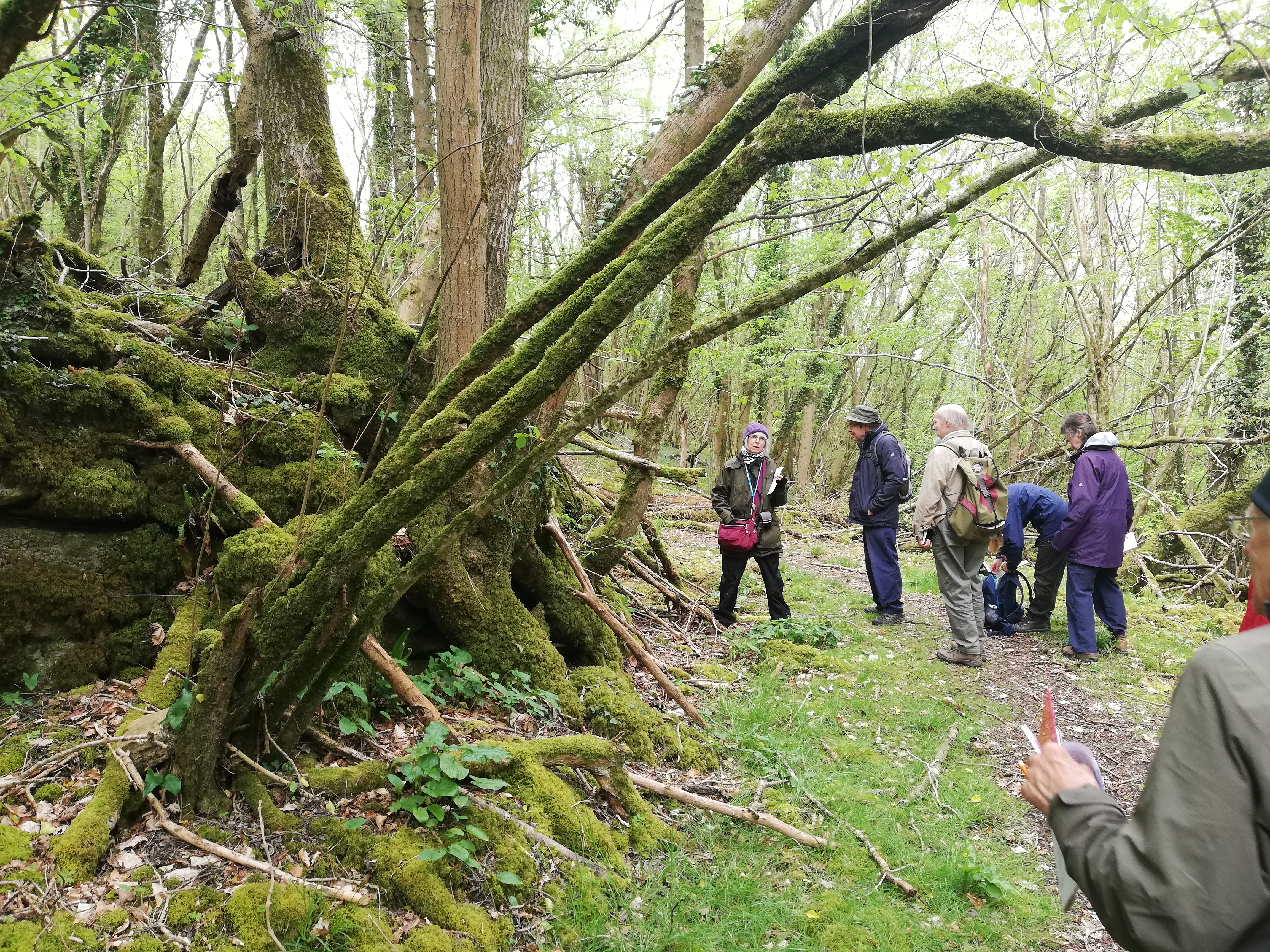 By the end of the day we had made 575 observations, including around 350 species to contribute substantially to the City Nature Challenge (in which Bristol and Bath held their position as ‘top in Europe’) and also add considerably to our cumulative list for the American Museum. We now look forward to our next recording visit on 3 July 2019.