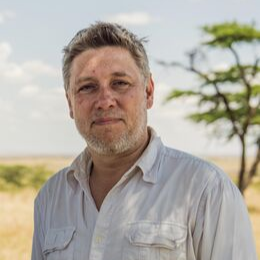 Jonnie was an ecologist, teacher and science journalist before moving to Bristol in 2000 to join the BBC’s Natural History Unit and make nature films.  He’s spent the last two decades working on all sorts of programmes from live shows like Springwatch, to studio shows about how clever pets are, to docs on hunter-gatherers, to landmark wildlife series.  In 2012 he joined Alastair Fothergill and Keith Scholey’s Silverback Films as a producer on the BBC series The Hunt.  Most recently, Jonnie has worked as supervising producer on the Netflix/WWF Our Planet project, and as director of an upcoming feature film exploring how we can yet save Planet Earth with Sir David Attenborough.

Jonnie’s Session The Our Planet Effect