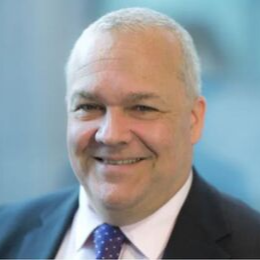 John has worked for The National Lottery Community Fund and it’s predecessors since 2003 becoming Wales Director in 2011.  In addition to his responsibilities for Wales he is executive lead on the Environment and implementation of the Funds Voluntary and Community sector support strategy. Prior to this John enjoyed a varied work history including working as a chef and even door to door sales.  After a period of overseas travel he entered Higher Education as a mature student where he studied in Environmental Systems and Applied Hydrobiology. Since graduating and prior to working for The Fund, John worked in the voluntary sector for 4 years before a 5 year stint  with Entrust, the regulatory body working on the Landfill Tax Credit Scheme, where he was responsible for Wales, the West Midlands and South West England. In his spare time John is a trustee of his local sports ground association, enjoys cycling, walking and being a servant for his teenage daughters.

John’s session The Next ‘Plastics’ Moment