Top in Europe for the second year running!

Between 26-29 April 2019 Bristol and Bath competed with 165 cities on all seven continents to show the world how amazing our region is for people and nature. Together we embarked on an epic contest: to discover and record as much wildlife as possible over 4 days. Observations counted towards local, national and international efforts to learn about and protect our regions’ amazing wildlife.

Building on the success of 2018 (we had a title to defend after all!) and with the support of the National Lottery Heritage Fund, we organised a series of free training sessions in the run up to the challenge, inviting nature enthusiasts from across the region to hone their skills on how to identify and record wildlife using the free iNaturalist app. The people who took part ended up being some of the top scorers across the weekend!

Getting off to a flying start, by the end of Friday we were only being beaten in Europe by Luxembourg, who we over took by lunchtime on Saturday, and continued to climb the table of cities throughout the next four days. Hundreds of people who took part in City Nature Challenge and records came in from across the region, with the town centres of Bristol, Bath and Weston Super Mare being the main “hot spots”.

Over the four days 27 amazing organisations ran events to support the challenge and enthuse different audiences to take part, from BioBlitzing at Royal Fort Gardens, recording outdoors gym sessions, office lunchtime walks, and work parties at community orchids; it felt like the whole of Bristol and Bath was out in storm, so a huge thank you to everyone who took part! Some of the more amazing things found included and what was the most common? For the second year, Herb Robert. 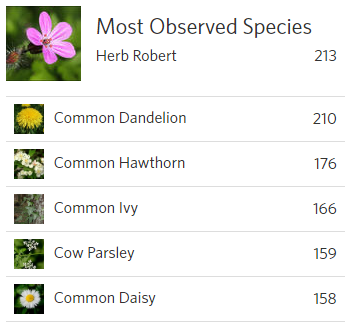 After some colossal efforts and a series of inspiring public and private events we racked up an impressive 15,363 observations landing us in 18th place in the world, far outstripping the 7 other UK cities taking part (we love you really!) and landing the top spot in Europe for the second year running. Well done everyone!!

Doubling the amount of participants from last year, 33 thousand people took part across the world contributing an astonishing 900,000 wildlife observations to local and global datasets that will go to help protect and manage our urban wildlife and green spaces.

City Nature Challenge will return 24-27 April 2020 and Bristol and Bath will once again be taking part and defending our European title! Make sure to keep up to date with what’s happening by following us on Twitter, Facebook and Instagram – @festofnature 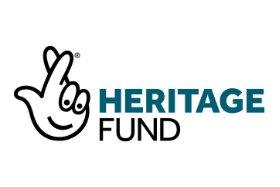 We’d like to thanks the players of the National Lottery who’s contributions helped fund this project.